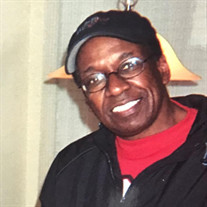 Walter Graham Bristol, age 78, sunrise June 26, 1941 sunset March 29, 2020. Born in Decatur, Georgia to the late Walter Burnett and Annie Ruth (Bristol) Lewis. Graham was raised in a Christian home and baptized at an early age. Graham was known by many names: Walter, Graham, Walt, Mr. Bristol, Dad, Paw Paw, The Man, Good! and Superman. After graduating from Columbus East High school in 1959, Graham joined and served this country in the United States Air Force. Following his service in the military he was employed by General Motors for approximately 20 years. While working at General Motors he decided to obtain his degree in Sociology. Later after receiving a Bachelor of Arts degree in Sociology from the Ohio State University, he utilized his degree as a social worker in the Department of Corrections for men of both adults and youths for many years. He also served as a substitute teacher for the Columbus City School System. Combining his love of cleaning and desire to keep moving he began doing custodial work after retiring. He did custodial work for various places such as Columbus City schools and at the time of his passing he worked at Access Ohio Mental Health (Netcare). Astrology and numerology was his life's passion in addition to his love of family. He would always ask for your birthday information even if it was his first time talking to you. He loved doing astrological charts to see your future or understand past experiences. Graham also loved to build things and gardening was a joy to his heart. He loved jazz music and his favorites were John Coltrane, Miles Davis, Thelonious Monk and Oscar Peterson. Graham was also an excellent piano player with no formal training. Graham was also a huge sports fan. He would often hold a conversation with you about the Buckeyes even if you knew nothing about the sport. He was also a huge Kobe Bryant and Magic Johnson fan. Whenever he would take a small break you could find him either watching sports or his other favorite topic, UFO's. His love of people and desire to never see anyone suffering, Graham always wanted to help anyone that needed it. He would often help strangers by giving them money, food or whatever they needed he would try to provide. All anyone had to do was explain that they had a problem and he would instantly try to help find a solution. Two of his favorite things to say were: "I take care of my people." and "Don't cry for me when I'm gone, for my soul will go on. This body is only a shell. The Almighty has other things for me to do." He has left an empty space in the hearts of those who love him. Preceded in death by his father, Walter Grant Burnett and mother, Annie Ruth (Bristol) Lewis; his granddaughter Paige Williamson, daughter-in-law Lisa Fitzgerald, and his best friend Randy Folkes. He leaves to mourn his sister Patricia Ann Stepter; children Robert (the late Lisa) Fitzgerald, Pamela Bristol, Danya Bristol from former spouse Sandra Bristol, Andy Lowery, David Lowery, and Leah (Bristol) Davis from significant other Dianne Lowery; grandchildren, Robert Jr., Brittany, Sydney, Cameron, Lexi, Laney, Dorian, Tatum, Johnathan, Maya; Nephews Rayl Stepter and Royce Stepter. He will be missed by special friend, Amanda and a host of others. In lieu of flowers the family asks you to consider donating to the American Heart Association, or simply to offer to help someone in need. A private family gathering is being held on Friday, April 2nd. A memorial service will be held at a later date due to the constraints of the ongoing coronavirus crisis."

The family of Walter G. Bristol created this Life Tributes page to make it easy to share your memories.

Send flowers to the Bristol family.