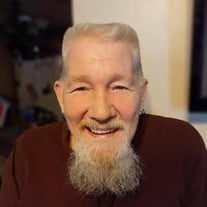 Terry Gene "Big T" Seth, age 66, passed away unexpectedly on Thursday, December 31, 2020. Terry was born in Columbus, Ohio on January 19, 1954. Terry was a Ohio State and Bengals fan. He enjoyed fishing, wrestling and the time he shared with... View Obituary & Service Information

The family of Terry Gene Seth created this Life Tributes page to make it easy to share your memories.

Send flowers to the Seth family.