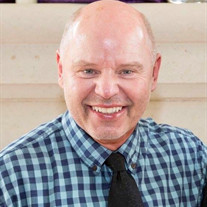 Well I'm dead, dead, dead, dead, dead… dead. Who would have ever guessed I would have lived this long? After 8 close calls, death finally prevailed. Not before living a life of great heart ache but great joy as well. I was best known for being a self-professed greeting card whore. Preceding me are my parents Manford (Tops) and Alveda Sizemore as well as my sister Patricia, brothers Bill, Glenn and partner Fredric L. Hatfield Jr. Out living me (but I'm not bitter) are siblings Manford (Buddy), Sib, Mary (Suzanne), Velma, Jim, Doug, Glenna, Brenda, Dorothy and Cecil. Along with a bazillion in and out-laws, their kids and their kids and their kids along with some we don't know about. More importantly I regret leaving behind some of the greatest friends a guy could have, Chris Stringer, Alan Robasser, Kent Babb, Steve Wolfingbarger, Steve Schack, Doug Zelinski, Scott Seaman, Dr. Nancy Alkire, John Phillips, Matt Diebler and the guy who called me Fruit Loopy (it's funny cause it's true), Dr. Brian Ward. There are so many others but too many to thank before they run me off the stage. I had been so fortunate to have had a job for the past 32 years that I truly enjoyed with The Ohio State University Alumni Association. Family and friends were so envious that I had worked with Archie Griffin. I got to take apart his 1974 Heisman trophy, drive his Mercedes and given a personal tour of where he lived when going to OSU (you make one wrong turn while chauffeuring Archie you'll never know what you'll find out about him). It's funny as I didn't even know who Archie was until I started working at OSU (I hate football). I also got to meet many of OSU's notable coaches, presidents, teachers, famous alumnus and doctors (mostly not by choice). Born on April 30, 1956 to parents that took me way too long to appreciate all they had sacrificed for us. I don't think they thought out my name Richard however as drag queens had fun calling me "Dick" Sizemore. I was number 12 out of 14 kids and the first to be born in a hospital (my poor Mother) and the last to be born in Kentucky. I was also fortunate to have lived out my days in Clintonville in a great house that thanks to my partner's dying was paid off. It's ok, Fred would laugh at that too. Fred wanted to pay the house off by the time he turned 40. Unfortunately, he got to pay it off at age 36 prior to passing away from pancreatic cancer. So perhaps he and I will meet again, and I can thank him for the journey we shared. So many regrets and mistakes I made along the way but never intended to hurt anybody. I hope those whom I did hurt remember all the things I did for them as I did them out of love. I see they're saying to wrap it up, so I'll leave you with this quote from Bernard Meltzer. "A true friend is someone who thinks that you are a good egg even though he knows that you are slightly cracked". My therapist would question the "slightly" part… huh Brian? Per Richard's wishes, a celebration of life party will be held at a later date, when we can congregate together safely. In lieu of flowers, donations can be made to Kobacker House, as hospice was a cause that Richard supported passionately since the death of his partner, Fred.

Well I'm dead, dead, dead, dead, dead&#8230; dead. Who would have ever guessed I would have lived this long? After 8 close calls, death finally prevailed. Not before living a life of great heart ache but great joy as well. I was best known... View Obituary & Service Information

The family of Richard Sizemore created this Life Tributes page to make it easy to share your memories.

Send flowers to the Sizemore family.