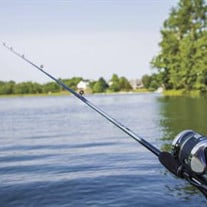 Paul E. Maisenbacher, age 78, passed away on Friday, January 24, 2020 at Doctors Hospital West. Paul was born in Columbus, Ohio on February 20, 1941 to Robert E. and Francis M. (Orrison) Maisenbacher. Paul was a member of Grove City Church of the Nazarene where he participated in Bible Study Group. He loved football, followed the Cleveland Browns and The Ohio State Buckeyes. He enjoyed fishing on Buckeye Lake and Lake Erie where he loved to catch crappie. His favorite past time of all was spending time with his grandchildren and great-grandchildren. Preceded in death by his parents; son, Paul Jr.; brothers, Jack and Dick and his grand-daughter Nicole. Survived by his wife Marcella; children, Lori (Scott) Davis, Melony Maisenbacher and James (Sherry) Maisenbacher; grandchildren: Brittni, Brandon H., Lindsay, Courtney, Garrett, Brian, Cole, Alley, Blake and Brandon M, and twelve great-grandchildren along with his brother Charles (Kiki) and other relatives and friends. The family will receive friends 10 am - 12 pm, and a memorial service will be held honoring Paul's life at 12 noon on Saturday, February 29, 2020 at Grove City Church of the Nazarene with Owen Stotts officiating. In lieu of flowers contributions can be made to Prairie Township Fire and Rescue, 123 Inah Ave., Columbus, OH 43228

The family of Paul E Maisenbacher created this Life Tributes page to make it easy to share your memories.

Send flowers to the Maisenbacher family.