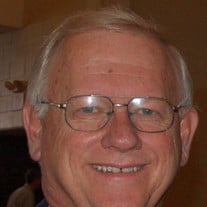 Carl Guy Summanen, age 74 of Grove City, Passed 7:19 a.m., Wednesday, January 20, 2021 at Riverside Hospital. He was born April 26, 1946 in Ashtabula, Ohio to the late Carl "Casey" and Elizabeth Halman Summanen. He was a career high school educator in Ohio focusing on American History and Government. In addition to teaching in the classroom, he had a lifelong passion with coaching football started in no small part as a graduate defensive coordinator for Woody Hayes when he was a student at Ohio State in 1968-69. He followed Earl Bruce to Tampa to stand-up a football program at University of Tampa in the early 70's, but came back to Ohio to be closer to extended family. That passion for football and coaching continued through the years on the high school level around Ohio including the communities of Richmond Heights, New Lexington, Middletown, and Kenton to name a few. Guy was always generous in listening and actively helping others at work, at home, at church, and in the larger community. He was an avid photographer and published rail fan (photographing trains), car aficionado (with a brief stint as a test track driver), and political wonk (an off-duty civics teacher is never off-duty), but more than anything, he was an engaging, if lovingly long-winded, story teller. After retiring from teaching, Guy transitioned to school bus driving for Dublin and Grove City Schools, and eventually driving special needs kids from home to school and back until he became ill with Covid-19. He will be remembered as an inveterate coffee drinker, sly punster, and resident expert on vaudeville comedians, especially the Three Stooges and Abbot and Costello. Guy is survived by his wife of 29 years, Bonnie Summanen; ex-wife Susan Summanen Reed; three children and two step children and their spouses, Beth Summanen (Brian Chesney), Jack Summanen (Colleen), Joe Summanen (Alayna), Tammy Grubb Brown, and Melissa Lantzy (Craig); 10 Grandchildren, Devon (David), Brittany (Anthony), Jacalyn, Ryan, Zachary, Tyler, Jack, Gabriel, Emily, and Ella; 6 Great-Grandchildren, Gabrielle, Kaydence, Makenzie, Cooper, Caleb, and Amelia; Uncle John Halman; and many cousins, nieces and nephews. He is preceded in death by his brother, Thomas and stepson, Gale Grubb. Due to COVID-19, Funeral services will be private and a memorial service will be planned for a later date. Memorial contributions/donations may be made to: www.donorschoose.org This charitable organization supports vetted requests by K-12 teachers and their classrooms for material needs across the country. Feel free to support wherever and however the spirit moves you.

The family of Carl Summanen created this Life Tributes page to make it easy to share your memories.

Send flowers to the Summanen family.