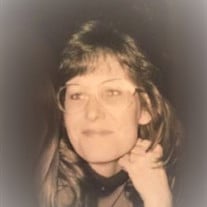 On Saturday, March 28, 2020, Bobbi Shawn Carrell, loving wife, mother, and grandmother passed away at the age of 60. Bobbi Shawn was born on March 20, 1960 in Columbus, OH, to Robert and Rose Marie (Frazier) Poeppelmeyer. She graduated from Briggs High School in 1978, and operated a daycare out of her home for nearly 40 years. On February 16, 1979, she married the love of her life, Steve Carrell. They raised a daughter, Tiffany, and son, Tyler. Bobbi Shawn spent her life raising children from her home on the west side of Columbus. Baker of cakes, singer of songs, reader of stories, taker of pictures, fixer of boo-boos, since 1982 her home served as a daycare for over 114 children. Her "babies" and their parents became family, and she was known to make her "moms" brown-bag lunches in the mornings and send them home with happy children, lots of pictures (when she got around to developing them) and hand-written after-action reports in the evenings. She was eternally grateful that these hardworking mothers and fathers trusted her with their most precious gifts. She was an avid reader. She loved the Columbus Dispatch, believing it to be the most accurate and timely newspaper, often citing facts and figures to everyone and anyone, no matter where in the world they lived. Many will miss her phone calls (from a flip phone till the very end). She was known for her bubbly personality, always seeing the bright side, and finding personal happiness by making those around her happy. Bobbi Shawn was preceded in death by her parents, Robert and Rose Marie Poeppelmeyer, her brother, Scott, her in-laws, Harry and Joy Carrell and her brothers-in-law, Terry and Billy Rector. She is survived by her husband, Steve, her two children, Tiffany and Tyler, her son-in-law, Patrick, her grandchildren, Jack and James, her sisters-in-law, Katie Poeppelmeyer, Glenna Rector, Joyce Rector, and Mercedes Green and many aunts, uncles, cousins, nephews and nieces. In light of the coronavirus, a public funeral service will not be held. Bobbi Shawn will be laid to rest in a private ceremony with her immediate family at Sunset Cemetery. A public memorial is planned and will be announced to family and friends when social distancing is no longer enforced. In lieu of flowers, donations can be made in her memory to Survivor Ventures at SurvivorVentures.org. In the meantime, please feel free to send any memories or photos to Tiffany McGee at [email protected]

On Saturday, March 28, 2020, Bobbi Shawn Carrell, loving wife, mother, and grandmother passed away at the age of 60. Bobbi Shawn was born on March 20, 1960 in Columbus, OH, to Robert and Rose Marie (Frazier) Poeppelmeyer. She graduated from... View Obituary & Service Information

The family of Bobbi S. Carrell created this Life Tributes page to make it easy to share your memories.

Send flowers to the Carrell family.